A SPRING HOUSE EXCERPT: Family Momentos, a Wager and a Discovery

The sun had dipped low in the sky as Megan walked straight to Rick’s truck.  She massaged her fingers deep into the small of her back as Rick thanked Mr. Crawford.  Rick reached the truck first and opened her door.  She hoisted herself up into the cab.

“Are you doing okay?” he asked.

“When you’re the size of a barn, getting around ain’t easy, Sheriff.”  When his expression remained worried, she smiled and added, “I’m fine.”

“For the record, you’re doing great.”  He leaned in, his arm resting on the top of the truck.  His energy was warm and comforting and she sat a little straighter and brushed her snub-nosed bangs away from her face.

“You’re a cool customer, Ms. Buchanan.  I saw the way your eyes lit up when you saw that table and the picture.  You wanted it.  But you still walked away.”

“That is the advantage to living through so many moves.  I learned not to get too attached.”

“Does that extend to people as well?” Rick asked.

“I suppose it does.”

“There have to be places and people you miss.”

She shrugged, shifting her gaze to the woods that ringed Mr. Crawford’s property.  Absently, she rubbed her hand on her belly.  Even this baby would grow up and one day go off and discover her own life.  But for now she was in Cape Hudson and determined to dig her roots as deeply as the sandy soil would allow.  “I accept that few things last forever.”

“You’re too young to be so cynical.”

“I’m not cynical.  When I’m in a town or city I make the most of what it has to offer.  I really enjoy it, because I know I’ll likely not see it again.”

“Are you going to budge on your price with Crawford?”

His waist was lean and she suspected firm to the touch.  Her libido was fully awake.  “Nope.  What I offered was fair and he knows it.”

“I’ll bet you one of your apple pies he walks away from the deal.”

Megan was feeling oddly optimistic and excited as she always did when she was dealing in the past.  “I’ll bet you that apple pie and raise you a cherry.  Mr. Crawford will call me before he leaves town.  What are you offering up?”

“A few days worth of labor at Spring House.”

She held out her hand.  “You have a deal, Sheriff.”

He wrapped strong, calloused hands around hers and shook.  “Mighty cocky, Ms. Megan.”

She liked the way his deep voice curved around her name.  She cleared her throat as she pulled her hand free.  “Wear your tool belt when you come.”

Smiling, he tapped the top of the truck with his hand and closed her door.  As he walked around to the driver’s side, she opened the image on her phone.  She stared at the two women and found herself not drawn to Claire but to the other one.  “Even if Mr. Crawford says no to the sale, I’m grateful for the chance to see this picture.  Piecing together Claire Buchanan’s life has been a challenge.  The woman was intensely private.”

“Who do you think the other woman was?” he asked.

“I’m not sure.”  She thought back to the pictures she’d bought from Duncan.  The one that came to mind was the one of the little girl with dark hair.  “She could have been a domestic in the Buchanan’s house.”  She stared at the young woman’s dress, her shoes and the scarf that did not quite match.  Her eyes were bright, her skin clear, and she sat with an erect posture that suggested she’d been raised with standards.  “She didn’t have money.”

“Didn’t Claire have sisters?” he asked.

“A sister?” she said, more to herself.  She looked beyond the dark hair and bright eyes to the shape of her mouth, the tilt of her head and the way she clasped her hands in her lap.  She scrolled through her pictures and found the image of the four Hedrick sisters with her mother.  The youngest daughter had to be the other girl with Claire.  “You might be right, Sheriff.  Good detective work.”

“I like to think I haven’t lost some of my best moves.”

“Do you feel like you’ve lost some moves?” she asked.

He tapped his thumb against the steering wheel.  “Maybe a few.  Small town life takes some getting used to.”

“You could be anywhere, Rick.  You don’t have to stay in Cape Hudson.  I picture you as a big city detective.”

“But are calls for people locked out of houses, missing dogs and wandering elderly residents for you?  This all has to feel tame compared to commanding an artillery platoon.”

“Definitely quieter.”  He tapped his finger on the steering wheel.  “Out here I’ve gotten the chance to do more diving.  There are wrecks along the bay and the Atlantic shore.  I plan to hire help soon and then I’ll have time to maybe do some salvage work.”

She shifted in her seat.  They had skirted so many topics since they both landed in Cape Hudson and she was tired of avoiding choppy waters.  “Are you here for Scott?”

Rick adjusted his grip on the wheel before he tossed her a sharp glance before looking back at the road.  “He’s why I came here, but he’s not why I stayed. 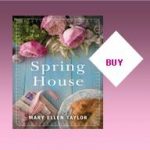